On Sunday the 4th of May 2008, the life of 17 year old Sam Davis was tragically cut short. Sam fell victim to a one punch attack.

As a fiercely loyal young man with an ability to form friendships, Sam made a huge impact on many. From an early age and throughout his life, Sam showed integrity and strong values, defending those being bullied and treating others with respect.

Sam had many notable achievements, but none more so than his talent and passion for sport. Playing state soccer, indoor and outdoor cricket, and indoor netball from an early age, Sam excelled at any sport he put his mind to.

At the age of 15, after playing soccer for many years, Sam switched to play a season of Aussie Rules Football with his friends. It was at this time that Sam found his true sporting love and developed a passion for the sport, excelling as a young footballer. Despite only playing 10 games in the season, Sam placed runner up in the Best and Fairest that year, and made the Southern Under 16's Team of the Year. This talent was recognised by South Adelaide Football Club, who recruited Sam for the very next season.

Sam was giving with his personality, crazy character and his love of life, and squeezed so much into his short life. From a young age Sam was always busy, walking earlier than most, riding his bike without trainer wheels before the age of two, and always up for an adventure. Forever the entertainer, Sam made the most of his life, as if he knew it may be cut short.

The decision Sam's parents had to make when faced with organ donation was simple, as they knew that this was his intention. Sam was blessed with a healthy, well-functioning body, and they wanted to ensure that him being taken was not for nothing.

Following the devastating loss of Sam, his parents, Nat Cook and Neil Davis, founded the Sammy D Foundation, with the ultimate aim of providing skills to young people in order to prevent such a tragedy from happening again. 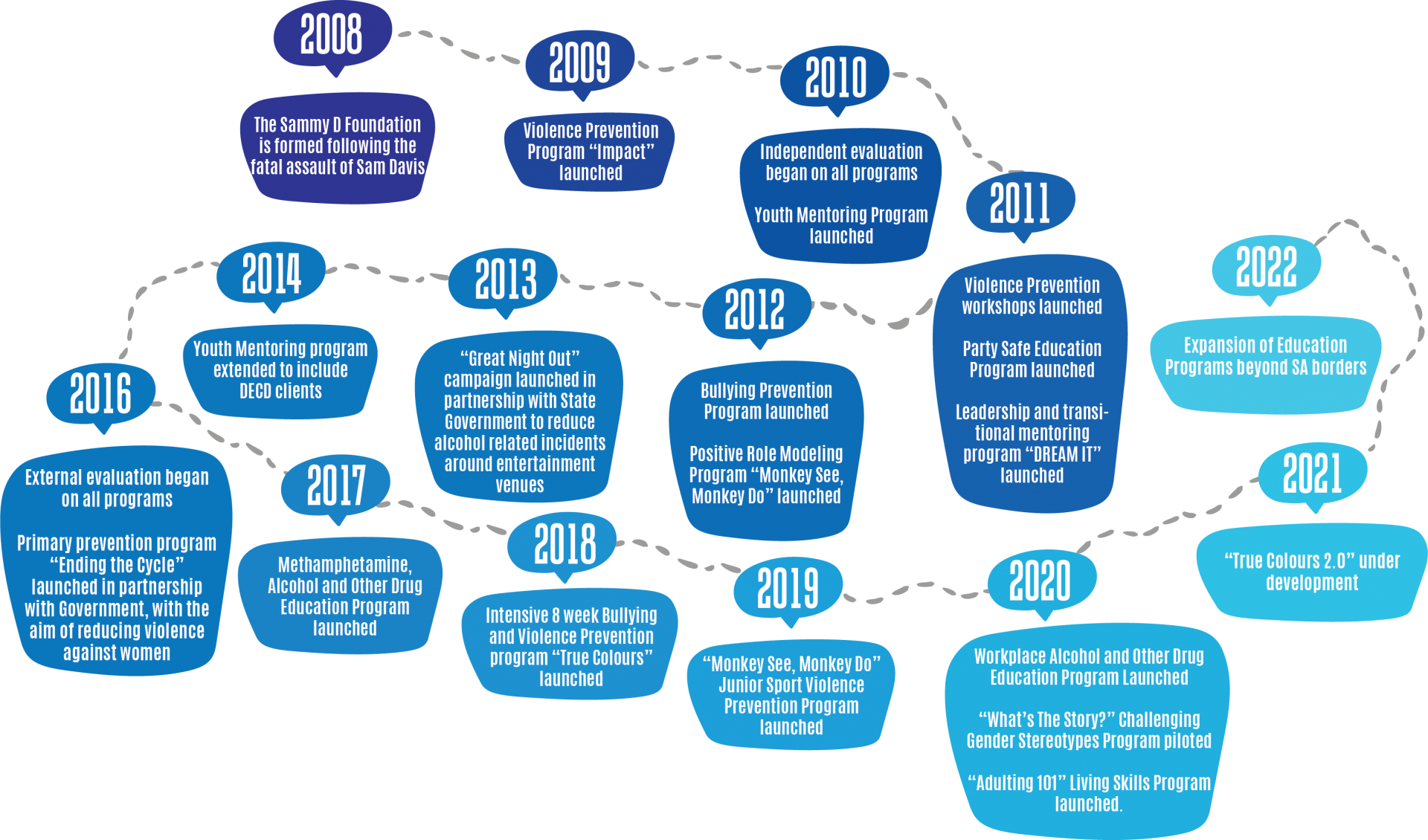 Fourteen years on, the Sammy D Foundation has spread Sam's message across hundreds of schools, community groups, and sporting clubs, raising awareness and educating over 180,000 young people about the consequences of violent behaviour, and the risks associated with alcohol and drug misuse.