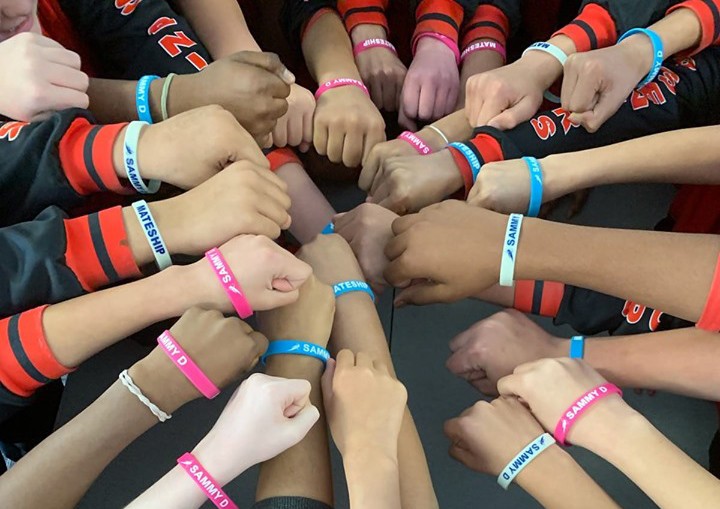 2019 has seen the Sammy D Foundation reach new heights with over 20,000 South Australians participants positively educated in the first six months of the year, twice as many as their entire 2018 program.

Driving awareness around bullying and violence prevention, alcohol and drug education, and positive parental role modelling; The Sammy D Foundation has delivered over 365 programs this year alone in schools and sporting clubs across South Australia, including the Adelaide metropolitan area, Adelaide Hills, Fleurieu Peninsula, Riverland, Mid-North, Yorke Peninsula and beyond.

The Sammy D Foundation works to empower communities and individuals to make safe and positive life choices, and through the continued support of the South Australian State Government, is delivering their suite of programs in schools across the state.

With thanks to the ongoing support of corporate sponsors, SA Power Networks and Scrap Hotline, the Foundation is also delivering violence prevention and positive parental role modelling to SANFL Junior clubs and illicit drug education to Adelaide Footy Leage clubs, further extending its reach into the community.

Sammy D Foundation’s General Manager, Brigid Koenig, said that while it has been a busy year for the organisation, it's been one of the most rewarding.

"To complete nearly 400 education programs in only six months is a fantastic achievement for the Foundation, and to be able to positively influence so many people across the state is extrodinary," said Ms Koenig.

"The focus for the remainder of 2019 will be to continue to grow and expand the reach of our programs within schools and sporting clubs, so we can give young people and their role models real life tools they can use should they be faced in a challenging situation."

Christine Vlass , Senior Leader/ Wellbeing at Elizabeth Grove Primary School of said that the school has been working with the foundation for 5 years and all 6/7’s participate in the violence prevention program delivered by the Sammy D Foundation.

Ms Vlass explained “Feedback from the students included “I know I have the ability to make choices” and “ I didn’t realise how many people could be affected by one punch”.

“We thank Neil and his team for the powerful impact they have made not only on our students, but within the community” Said Ms Vlass.