Adelaide Comedy Gala Having A Laugh For The Sammy D Foundation 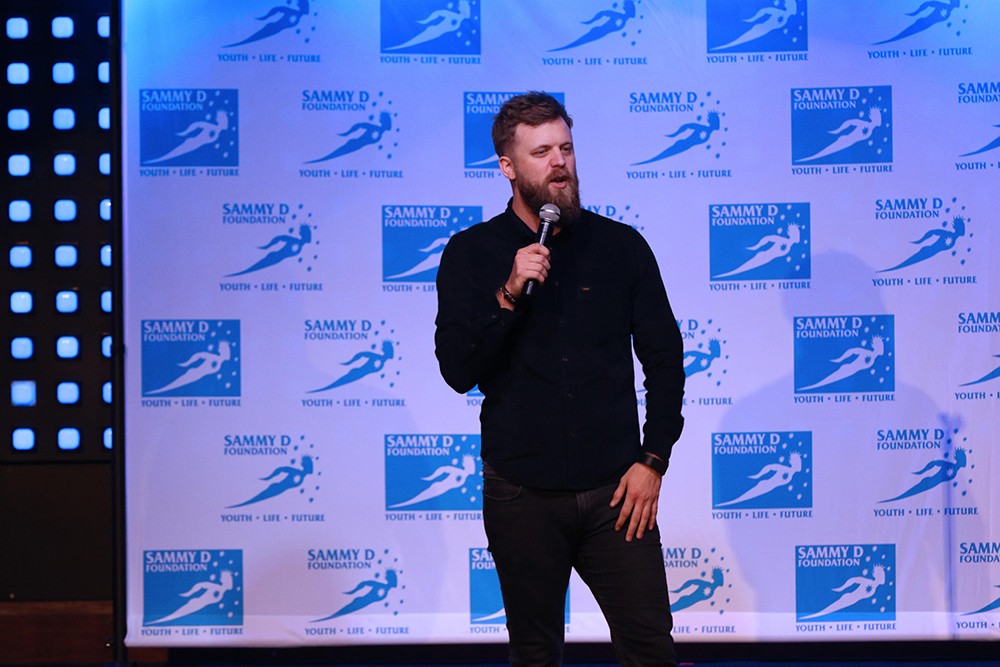 Top Of The Ark At Arkaba Hotel, Sun 1 Mar.

Each of the comedians bring their own unique merits to the stage. Whether it be Nikki Britton with her hysterical lack of filter, the loveable Dilruk Jayashinha, Amos Gill’s Aussie comparisons, Thai toilet horrors with Leo Kearse, or Darius Davies’ Tinder research; there were tears of laughter to be had. Thomas Green did a brilliant job of tying it all together with his quick wit and hilarious physical comedy.

The generosity of the artists is admirable. Each have donated their time to help the Sammy D Foundation who educate South Australia’s youth on the prevention of bullying and violence, awareness of alcohol and other drugs, and provide mentors to young people in need.

With that in mind, have some cash on hand if you want a chance to win some bonus show tickets. After all, not only will you explore Adelaide Fringe’s comedy scene, but you will also help raise funds for the Sammy D Foundation. Bring a group of mates to next year’s gala. It is well worth the laugh.