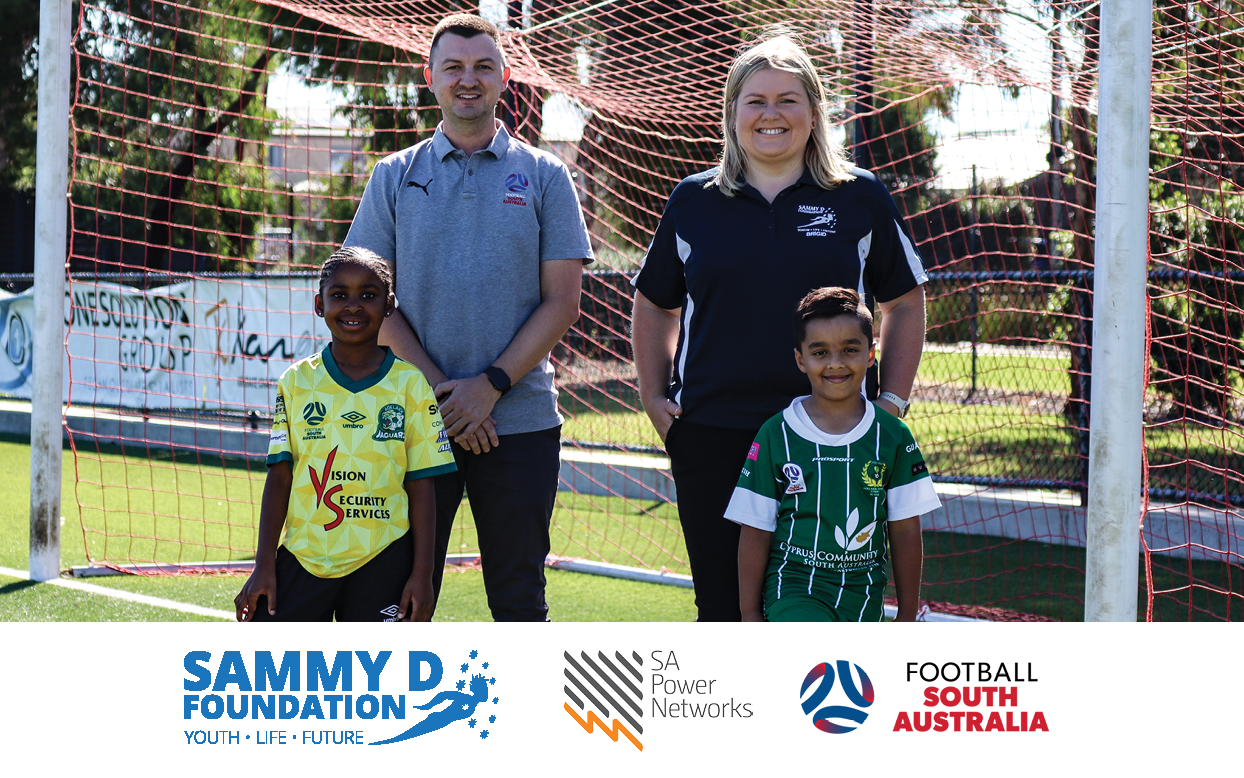 The Sammy D Foundation and Football South Australia today announce a new education partnership that will see the Foundation deliver its ‘Monkey See, Monkey Do’ program to over 7,500 junior members, across 52 South Australian clubs over the next three years thanks to SA Power Networks financial support.

The ‘Monkey See Monkey Do’ program is a 90-minute session delivered by Sammy D Foundation facilitators focused on changing players attitudes toward bullying and violence and educating parents and club members about the impacts of inappropriate sideline behaviours.

Made possible through the support of SA Power Networks, players and parents will hear from Sammy D Foundation trained facilitators, including Founder Neil Davis who will discuss and examine the characteristics and consequences of bullying and violence, explored through his personal story of losing his son Sam Davis, who was tragically killed as a result of a violent and unprovoked one-punch assault.

Following the delivery of Sam’s Story, Sammy D Foundation educators work with groups of players to explore the impacts of bullying and violence in greater detail, while senior players, parents and club officials look at the impacts of negative sideline behaviours and their influences.

Sammy D Foundation’s CEO Brigid Koenig said that they were excited to partner with Football SA to oust violence on the sporting pitch.

“We are excited about the opportunity of working alongside Football SA to assist in reinforcing what it means to have a healthy club culture.”

“We know this program is effective. We saw violence on the field reduce significantly within SANFL Juniors when running a similar program in 2019 and 2021.”

George Georganas, Football South Australia’s General Manager said that the league was excited to partner with the Sammy D Foundation to deliver its education program.

“Football SA is excited to partner with the Sammy D foundation which we believe will assist in developing and promoting positive cultures in our Clubs.

If we can improve the positive culture in Club of parents and officials, the improved behaviour will permeate through to players on the field and ultimately provide a friendlier and positive environment where kids can really excel and develop.”