New Labor MP Nat Cook stands down from Sammy D Foundation board so it cannot be used as ‘political ammunition’.

New Labor MP Nat Cook stands down from Sammy D Foundation board so it cannot be used as ‘political ammunition’. 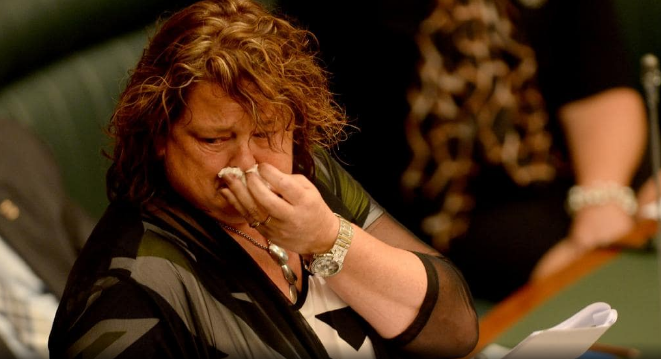 NEW Labor MP Nat Cook has stood down from the board of the Sammy D Foundation, established in memory of her late son Sam, so it cannot be used as “political ammunition” against her.

Speaking for the first time in State Parliament this morning, Ms Cook fought back tears as she remembered the night Sam was killed by a one-punch assault at a party in 2008.

“He didn’t see it coming ... we learned that bad things happen to good people,” she told MPs and her family gathered in Parliament’s Lower House.

“The Foundation is our son,” she said..

“I’ll not allow it to ever be used as political ammunition against me."

“The good that it has done for tens of thousands of South Australians must never be threatened in any way.”

Ms Cook won the seat of Fisher by just nine votes in a December by-election to replace the late independent MP Bob Such.

In the lead-up to the poll Family First MLC Robert Brokenshire used parliamentary privilege to claim proper processes were not followed when the State Government gave the Sammy D Foundation a million dollar grant.

Ms Cook did not reference Mr Brokenshire’s comments but said she had been “frustrated” in the past by politicking and falling standards among people in public office.

She said the grief she had experienced had taught her that “life is too short to compromise your integrity for short-term gain”.

To view this article on Adelaide Now, click here.