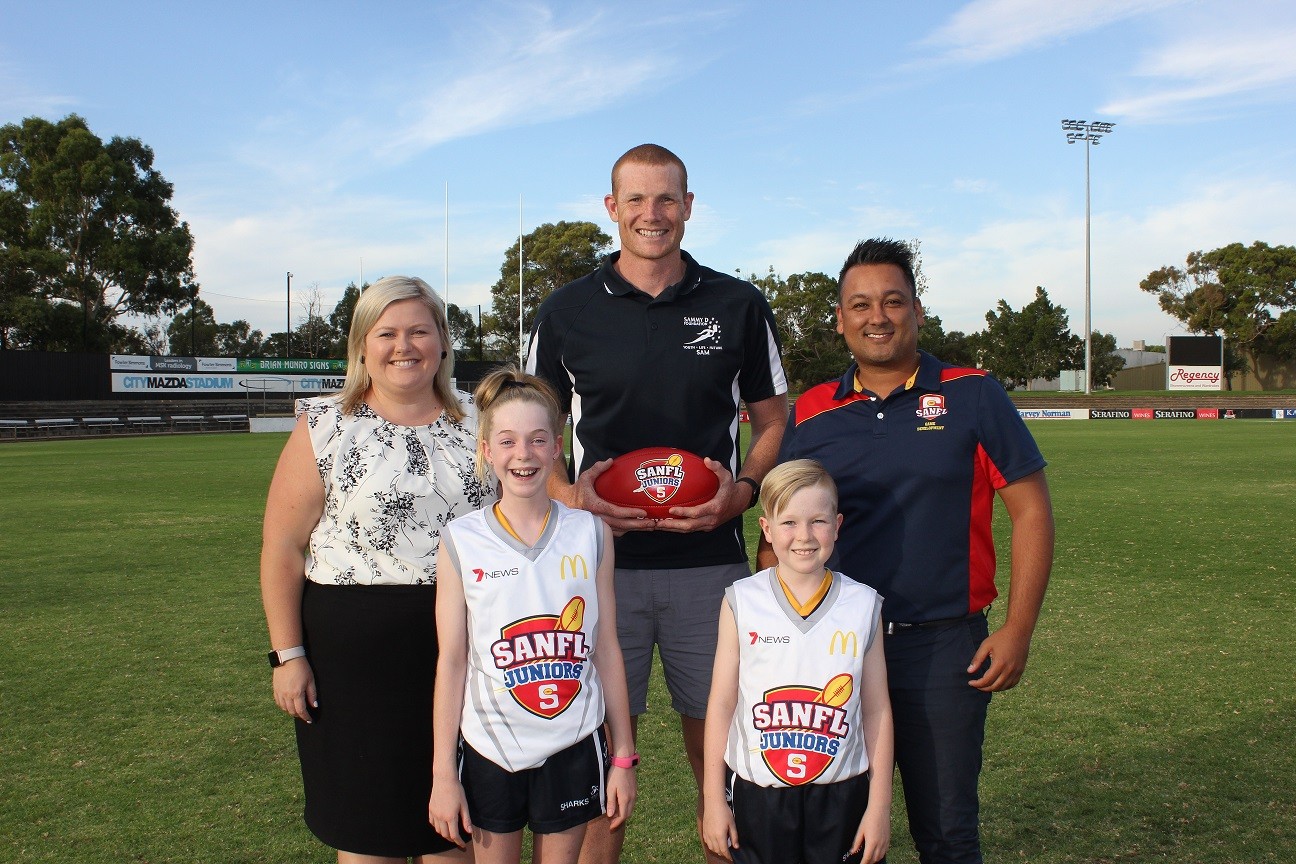 The SANFL is leading the way in harm prevention for its junior players with a new initiative being rolled out today to SANFL Juniors Clubs over the next 18 months. Through a partnership between the Sammy D Foundation, the SANFL and SA Power Networks, junior players and their families, will participate in a violence prevention educational program aimed at changing community attitudes towards violence.

Sammy D Foundation Chairman, Brett Duncanson, said this commitment from the SANFL meant that up to 12,800 young players and their families would benefit from the program.

“We know this program is effective, with 98% of participants reporting that they were more aware of the impact of one punch and 89% of reporting they did not get involved in a violent situation because of the information they were given.”

The primary prevention program, designed and delivered by the Sammy D Foundation, includes a presentation from Neil Davis, the father of 17-year-old Sam Davies, a budding young football player who was tragically killed as a result of a violent one punch assault in 2008.

Following Neil’s presentation, players will participate in bullying and violence prevention workshops where they will explore the personal and community consequences of violence, what influences this behavior, and strategies to respond. In addition, parents and senior club members will be given the opportunity to reflect on their role as positive role models, and the number one influence in the lives of young people.

SANFL Juniors Competition Manager Geoff Riddle said they were extremely pleased to be partnering with the Sammy D Foundation to roll this program out to their clubs. “SANFL Juniors plays a key role in the lives of its participants and as a competition we have a great opportunity to educate and equip young people with valuable skills that go far beyond the footy field. We believe this program can have a powerful effect on both children and parent groups.”

This initiative has been made possible through the financial support of SA Power Networks. “SA Power Networks are pleased to be partnering with the Sammy D Foundation to tackle on field violence in sport. Working closely with community to make South Australia a safe and inclusive place to live and play is important to us, and we hope that the SANFL juniors, their clubs and parents really embrace the program and its messages”, said Kylie Kerrigan, Manager Sponsorship and Events, SA Power Networks.